Our COVID-19 Response:   Our commitment to our customers

Today, I’ll show you how we were able to increase our sales in a completely competitive industry with just one explainer video in 6 months from $ 0 to $ 223,112. And that although both company founders worked 40 hours full-time on the side. How exactly did we do that? In this case study, I’ll show you exactly how you, too, can massively increase your sales with this simple method. Are you desperately looking for ways to generate more sales? Or are you considering using an explainer video for your company? Then this article is just right for you!

It doesn’t matter whether you work in retail, run a webshop, or sell digital products. This method works for every product or service. The method consists of 6 steps, which I go through with you step by step. And at the very end of the article, a bonus point awaits you that will completely knock you out of your socks. Here, we have explained our video animation services along with our experience that really worked. And yes this article is a long one, but believe me, if you read this article to the end, you will have a tool in your hand that will make you invincible. So please do me a favor and now please do the following:

And let’s do this!

The beginning of our company

It was April 2018 and my business partner and I had, in addition to our full-time jobs, a mini online marketing agency with 0 employees and an annual turnover of maybe $ 5,000. In this big online marketing jungle and countless online marketing agencies, social media agencies, PPC agencies, it was impossible to share this cake. We both worked 40 hours a week and 40-50 additional hours at our agency. We were both highly motivated and knew it would work. But how exactly we didn’t know. Like everyone else, we did a bit of Facebook advertising with pictures, a bit of Google ads, and of course cold calling, but none of that really helped.

Do you feel the same way? Then read on.

Nobody expected this solution

I was on a website one evening looking for bigger external storage for my PC. Although the first page I visited was number 1 on Google, this website was not satisfactory and I did not get the information I was looking for. So much text and blah all over the place. Within 4 seconds I was on my way back to google and clicked on the 2nd best search result. Instead of a lot of text, I was immediately greeted by an extremely well-produced explainer video with cartoon characters that explained to me within a minute where to click, what the benefits are for me and how I could even use the product for free up to a certain data limit.

This idea changed our lives.

Since I am a person who thinks about his company and his future 24/7, I always try to look for opportunities and opportunities immediately. And when I saw this explainer video, I just had to add 1 + 1. I mean, of course, who wants to spend 20 minutes reading nowadays if an explainer video does it in 1 minute? Well, I already mentioned that according to Google, people’s attention in 2019 is 8 seconds. Incidentally, that of a goldfish at 9.

I immediately tried to find out to what extent Dropbox could benefit from this explainer film.

Since this was only an opinion (mine) and this knowledge is very subjective, I thought that I would read through various scientific studies and reports on the topic of explanatory videos:

And yes numbers don’t lie. Here are the key facts that I discovered.

Dropbox built its business with an explainer video and website and now has $ 1.4 billion in sales. Yep, that’s the number of Dropbox 2018. Dropbox started with just one advertising film, a whiteboard-style explanation video, and a website, massively increasing your sales online and building your entire business.

Brilliant. Of course, other factors have also been included, but without an explainer video, nobody would have found out the benefits of Dropbox. And what is also the most important thing about it? Dropbox gives its users a small storage limit for free. But more on that later.

Well I was now convinced. After about 4 hours of google research, reading through university papers, who uses all the explainer videos (every large company), my decision was actually very clear and unambiguous:

We need a company film in the form of an explainer video. Full of joy and passion, I called my business partner at 3 a.m. (Tuesday) and told him about my great new sales strategy. As you can imagine, he wasn’t too enthusiastic at this time of day (and neither was his girlfriend and her dachshund).

“Then we will produce an explainer video that explains our services (online marketing) in just 1-2 minutes,” I thought. After another quick Google search, however, I immediately became very different. $ 2,000 – $ 5,000 for an explainer video? That’s almost more than our annual turnover (yes, I know that wasn’t particularly sparkling)

The search can begin

As an “almost businessman” I thought, well, then I’ll call all the explanatory film producers and negotiate a good price. Also at this point in time, I could not understand why explainer films or company videos are so expensive. I mean, you just have to draw a little, don’t you? (not correct).

I contacted several explainer video producers, all were very nice, but we couldn’t really find a common denominator in terms of price. The risk of paying 2k – 5k for an explainer video (where we also don’t know 100%) whether it works was too high a risk for me.

Too expensive, I’ll do it myself – create an explainer video myself

Since I’ve always been a creative person, I enjoyed drawing and took a few drawing classes, I thought it couldn’t be that difficult, so I’ll just try it myself. So I’ve looked at about every tutorial for something you can imagine and with various video tools, especially for the whiteboard animation, Adobe Premiere Pro for sound and editing, we made our first video.

The first result wasn’t bad for the start! See below: (This is what our second explainer video looked like.) As you will find out in a moment, we quickly changed our business model from “All in One Marketing Agency” to a pure “Explainer video agency”. Please don’t be surprised, we started with a different name and later rebranded ourselves as Visual Design Inc.

Our first explainer video? What now?

Well, the first amateur explainer video was now ready to go. We paid a total of around $ 400 for this, including software, music and voice over. (Better than $ 5,000)

The explainer video was now placed prominently on the left-hand side directly on our landing page with very little and only the most important text.

Since I was able to persuade my business partner about this idea (although I woke him up at 3 a.m.) I was also able to negotiate to spend from our $ 2,000, $ 1,000 marketing budget on social media and google on a new campaign, where this explainer video is used. Both as advertising material and directly on the landing page.

My big advantage here was of course that I was the social media manager of the largest advertising agency in the world (or one of the largest) and that I placed ads for the largest companies you can imagine.

You have no idea about social media and Google? No problem, because today is your lucky day, since I am now also a university lecturer and speak at seminars and online courses, you have the opportunity with my good friend Gerald, the ” investment punk “, my social media strategies, theory + technical practice in 20h Learn video footage.

(Yes it costs something, and no this is not an affiliate link and no I don’t get anything for it).

Back to the topic. As already mentioned, we have invested our budget 50/50 in Facebook and Google to generate new customers/leads. Our strategy was therefore very simple:

And the wheel has started to turn

So it actually works. A simple explainer video that briefly explains to our potential customers what we do and especially how they can benefit, drives the customers to write and call us at least once.

A shocking side effect

But what was most interesting about the whole thing and the question we had heard most often from our new customers was the following:

Well, it was 3 o’clock in the morning again (yes, I’m a workaholic) and I really wanted the search volume (how many searches queries there are per month) using keywords such as explanatory videos, explainer films, whiteboard videos, laying technique, etc., find out.

Via tools such as the Keyword planner directly from Google (free) or semrush.com (7 days free).

It’s a super lucrative industry! But how exactly can we get started as complete greenhorns in such a highly competitive industry with such high click prices?

The people who know me know that I am not a risk-averse person, I had the “grandiose” idea, which of course I had to present to my business partner (this time at 4 o’clock in the morning). “We are rebranding agency and are now an explainer video agency and no longer an online marketing agency.” As you can imagine, this great idea did not meet with a lot of responses. However, I had one argument or two that my partner couldn’t resist.

The Netflix for explainer videos

For altruistic reasons? No of course not. These large companies are aware of the principle of reciprocity and use precisely this tactic to control the fields in which they operate 100% as a monopoly or oligopoly.

Where would you buy your horse?

Just a little anecdote, before I tell you how you too can apply this principle and use this method very quickly to override your competitor.

Imagine you want to buy a horse (or a car in the 21st century) and you go to horse dealer 1 in the stable. He makes you the “great offer” -> Buy the horse now and you also get a 30-day money-back guarantee? Or you go to horse dealer 2, who lets you ride a lap and then says: “You know what, take the horse home with you, ride it for 1 month and if you don’t like it, just bring it back. No costs”

Question: Where would you buy the horse?

I hope that you have now seen the light and that you know exactly how we built our business and how you can do that too.

So once again summarized. What have we done now?

And the rest is history. (Even if it’s still a fairly new one)

So more and more small as well as the largest companies in the world came to us attentively and were able to bite off a fairly large piece of our competition. 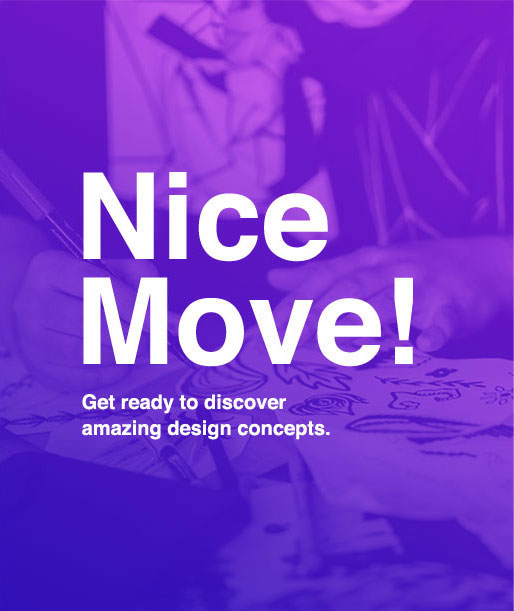 Give direction to your branding endeavors.